Vasil, an Expert at HPC-lab, participated as an AI developer in BonsAPPs’ AI challenge as a part of the AICAD_SC  team.

During this  challenge a so-called AI Asset was developed that can recognize a driver’s  gestures by using a single, cheap and low-resolution thermal camera. This asset was then optimized and deployed to low-power edge platforms such as the NVidia jetson nano.

AICAD_SC successfully completed stage one of the hackathon, earning a total score 7.37/10. 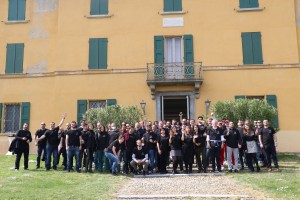 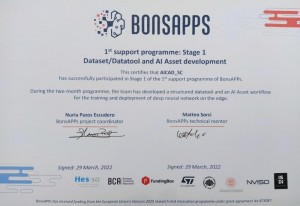